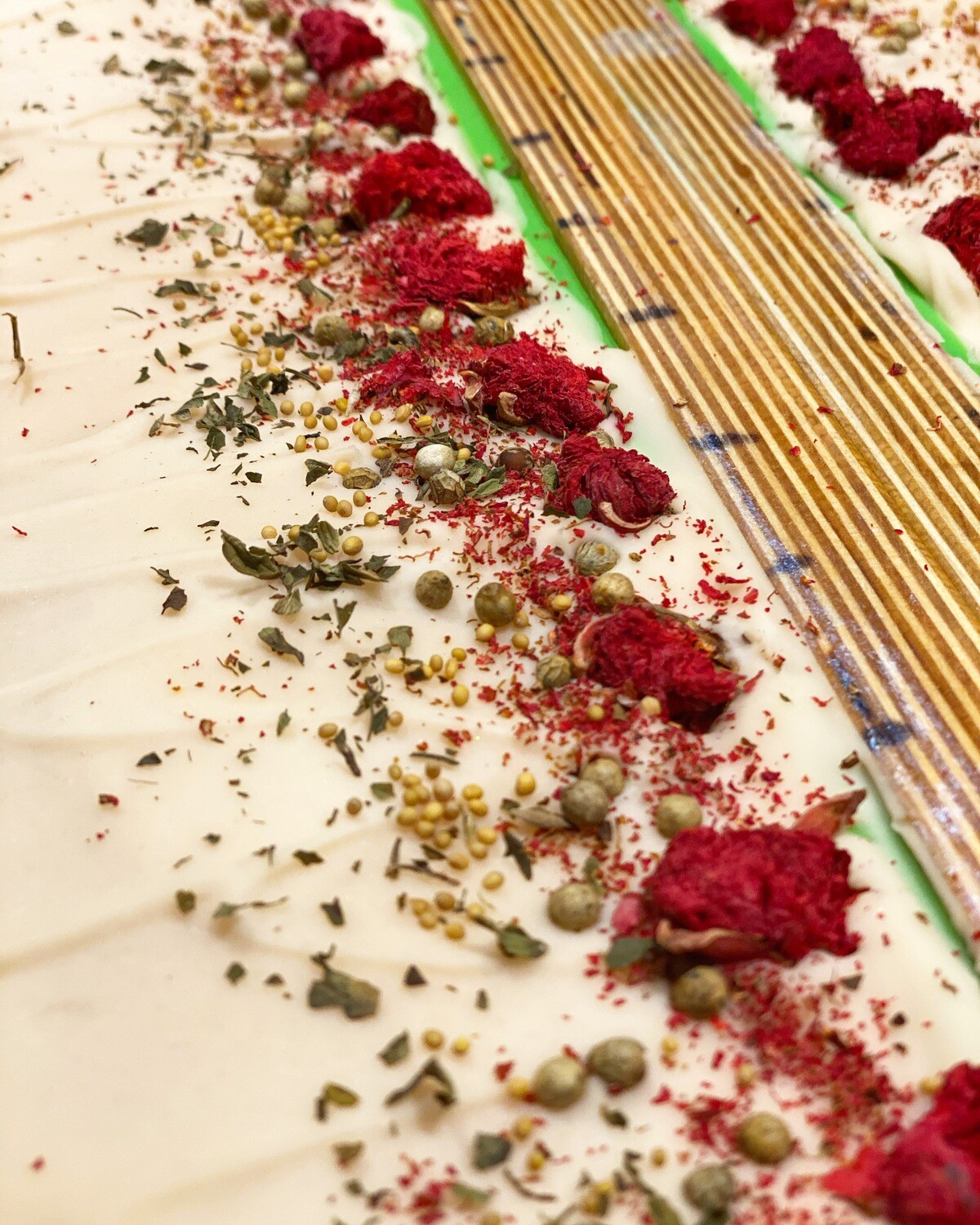 The story of Persephone was used to explain the cycle of the seasons. As Greek mythology states, Persephone was given a sweet pomegranate by Hades, god of the underworld, and she ate several of its seeds. Persephone did not realize that eating food from the underworld meant that she could not leave it. As a result, Zeus declared that Persephone would have to spend part of each year in the underworld, including winter, with Hades and the remainder of the year on earth, spring and summer, with her mother. During the winter months, Demeter, Persephone's mother, mourns her daughter's absence and that is with the earth lies bare and lifeless.

This soap has a fresh and clean scent, and it's the perfect mix of bright lemongrass and earthy sage. It is made with nourishing ingredients, which include shea butter, cocoa butter, avocado oil, and olive oil. It is adorned by the beautiful, red pomegranate flowers, white peppercorns, green peppermint leaves, and yellow mustard seeds.

Save this product for later